By Ellis Sybok Arseneau
I think there are a lot of people out there who love and revere Nature, and who desire to protect Nature from the greed that threatens it, who are – without knowing it – Druids. They may not call themselves Druids" but that is what they are (I met a lot of these folks when my sons were young and we were all in Scouting together). I think that if you in fact call yourself a Druid and have an affinity for Nature, then, no matter what else you might be, or think, or do, then you are in fact a “Druid." If you also happen to believe that “Nature is good," then you are a Reformed Druid – at least in the declared sense. I don’t think your spiritual path or your belief system necessarily needs to be of a Celtic orientation. I don’t think you yourself or your family need to come from a Celtic country, speak a Celtic language, nor do you even have to like Celtic culture or music or anything. You can still be a Druid. That happens to be because of how other religions have evolved over time. If the ancient Druids had survived, and if they had migrated over from Europe to America, and if they had continued to thrive here, what would their religion look like here today? I doubt very much that a lot of Celtic culture would still remain intact. I doubt very much that a lot of Welsh or Gaelic would be spoken or prayed or sung in Druid services. Maybe a little taste here or there, but not a lot. The Druids would become modern and American. In fact I believe that if the spirit of the ancient Druids is alive today, then it is alive within the Reformed Druids of Gaia – and that group is very much like what I think the ancient Druid religion would be like, if it had survived. Now, that’s not to say that perhaps pockets of “orthodox" Druids might also survive, clinging to the Celtic culture and perhaps doing services in Welsh.

Like Judaism, Druidry might have ended up with many parts, but I think the largest part would be very Americanized, just as Reform Judaism is very Americanized. A study of how Judaism has changed and grown and evolved since times ancient would surely parallel the path that ancient Druidism would have taken. In fact, modern Druidism, without any connection to the ancients, has actually branched in much the same way. In America, the oldest Druid group founded in 1912) is the Ancient Order of Druids in America (AODA). They are still barely alive, with branches mainly in California and the Pacific Northwest. If you drive around some towns in Northern California, you will run into remnants of AODA’s past, in the form of buildings in downtown areas, much like those the Masons and Odd Fellows built. I don’t know a lot about AODA other than that, but if they say they are Druids, then they are. The next oldest Druid group (founded in 1963) is the Reformed Druids of North America. Most of the better known Druid groups are actually branches from this family tree. By the simple affirmation that “Nature is good" one becomes a member of this 4000 (+ or -), “non-prophet, ir-religious, dis-organization." Other groups that are part of this family are Order of the Mithril Star, New Reformed Druids of North America, Missionary Order of the Celtic Cross, Ar nDraiocht Fein, Henge of Keltria and more. The best information source is at http://rdna.info. I am a member of the Reformed Druids of North America (RDNA), a charter member of the Reformed Druids of Gaia and one of the founders of Order of the Mithril Star (OMS). My Grove, Cylch Cerddwyr Rhwng y Bydoedd Grove (Eureka CA) is a member of RDNA and originally was Mother Grove to both the RDG and OMS. The OMS itself, is “officially" in schism from RDNA, but that notwithstanding, individual members and Groves of OMS retain membership in RDNA and for that matter, other Druidic groups as well. That’s what autonomy means – you get to be autonomous.

Druid orthodoxy began to appear in the late 1990’s, under such labels as “Celtic reconstruction," “Celtic revivalism," and “Celtic restoration." Some of these disparage the use of the word “Druid" to describe themselves, and others (in the manner that Ultra-Orthodox Jews view Reform Jews) will declare that only themselves, and those like them have the right to the title “Druid". I think that’s very un-Druid-like. But, some require a feeling of superiority over 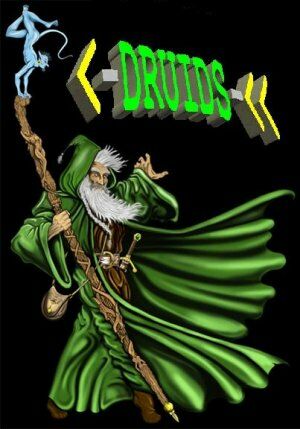 others. Some dude reads “21 Lessons of Merlin", or some other such drivel, and decides he is an expert in all things Druid-like, and declares “Celtic restoration" (or whatever) to be the “one and true revival and reconstruction of ancient Druidism", even though there are Druids who know better and have been around 30 to 80 years longer – even though archaeologists and historical anthropologists tell us that even today, we know practically zip about what the ancient Druids believed, or how they practiced (many well written, “scholarly" books written by Neo-Pagans having now been debunked by actual scientists). Regardless, they’re Druids too. They may also be schmucks. That’s ok (every family has them) – they are my brothers and sisters, and I accept them regardless. I think though, that in a broad sense, all of us are “revivalist – reconstructionist –restorationist" Druids, because we are all in our own ways doing Druidism exactly the way the ancient Druids did: “……the old fashioned way: making it up as we go!" (Jim Fox-Davis, “Ancient Keltic Church") It always amazes me that people don’t grok the simple yet obvious fact that all religious systems are purely the inventions of human thought. Somewhere, at sometime, someone invented every cult, sect, religion, spirituality, and philosophy that exists. Over time we forget who all these someones were, but regardless, someone had to make it all up. And that, in my opinion, is what a Druid is: a person who is in love with Nature and is making their religion up as they go.

Note: The above is the solely the opinion of Ellis Sybok Arseneau and may or may not reflect the opinion of other members of the Reformed Druids of Gaia. Sybok is very opinionated about all sorts of things, some of which may or may not be any of his business. Visit his blog: https://el.avalonrisen.com