“Druids are a problematical bunch.”

~~ Dr JD Hill,  curator of the Iron Age Collections in the Dept.of Prehistory and Europe at the British Museum.

~ Quick Index to the Questions on this FAQ ~

A: We get together periodically for ritual, food, and fellowship. We are active environmentalists, and we tend to joke around a lot. Most importantly, we enjoy each others company. ~INDEX~

Q: Is it true that only men were druids?   Were
there women Druids? Can women be druids?

A: Both women and men were druids. Women were treated as equals in the ancient Celtic society and were able to own and 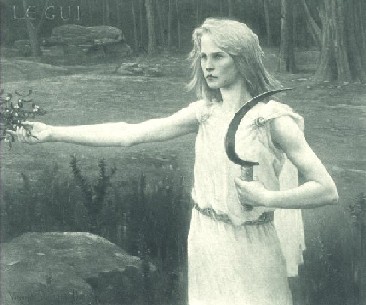 inherit land etc.. There is archaeological evidence to support this. But opinions are
like assholes, everyone has one. There are some who think that Druids were men and somewhat military, that the healing was done by women who were witches. This
idea is more common among some Celtic Wiccans. Many think that not only did the Ancient Druids have women Druids but they had an egalitarian society. Others, more historically inclined, will point out that whereas the Celts allowed their woman more freedom than the other cultures of the era, it was hardly equality as we know it. But there certainly were women Druids then and there certainly are now, two thousand years later. Well…say some others, the position of womenleaders is not adequately defined in the Roman texts. There were women militaryleaders, such as Boudicca, but do we know that they were fully accepted as Druids? They can’t have been common. etc. etc. Women are still able to be druids today and anybody that says otherwise should do more studying. In the RDG Women and Men enjoy absolute equality. There are many Women Archdruids, and our NoDaL is made up roughly 50/50 between Women and Men. Additionally, the Senior Archdruid (Archdruid of the Mother Grove) is presently a woman. She also serves as Matriarch for the Order of the Mithril Star.~INDEX~

Q:What about the LGBTQ community? Can they be Druids?

A: ABSOLUTELY! Several of our Archdruids are LGBTQ as are a about 1/5th of the members of NoDaL.

Q: Do/Did Druids do ritual sacrificing  of people or animals?

* A: NO!!! Certainly, Neo-Druids DO NOT conduct ritual sacrifice of people or animals. Although there are many stories about the Druids and their ritual sacrifices, most of them can be traced back to the writings of Julius Caesar, who at the time was at war with the Celts. This was just propaganda. There is
no archaeological evidence to support the supposed sacrifices. The druids held all life as sacred, so it is hard to believe that they did conduct ritual sacrifices. Some people have suggested that if the Druids did sacrifice, then it would be considered a great honor by the person being sacrificed. The Druids had no fear of death so this is plausible, however there is really no evidence to support this or any form of sacrifice. The existence of spectacular Wicker Man type sacrifices also seems unlikely, given the only source is Roman military texts. The Greeks and Romans had practiced human sacrifice sometimes during their histories so it wouldn’t be all that surprising if the Celts also did. It is known that the Celts
took heads as trophies during war and they most likely executed prisoners of war and criminals. However, we don’t know if these acts had religious connotations for them, because the Druids didn’t believe in writing down their beliefs and practices. Some are sure that the strangled “Bog Men” prove at least small scale human sacrifice. But reading the difference between “execution” and “sacrifice”
in archaeological remains is difficult. If the topic interests you, read up on it yourself. The Romans recorded that they sacrificed humans, specifically condemned criminals. Judicial executions were no different elsewhere in Europe, including  Saxony. The Romans wrote that such victims were tied into huge wicker man-shaped effigies and burned alive. The archaeological record does reveal a number of sacrificial deaths, such as “triple-deaths” where the victim was drowned, stoned, and impaled on a spear simultaneously. Some mythologies describe one person’s life being sacrificed so that a terminally ill VIP would survive, thus indicating a belief in a cosmic balance of forces. However, it is more certain that this was mainly anti-Druid propaganda. Julius Caesar had good reason to make the Druids look bad, because,after all, he was trying to conquer them. It would fuel interest in his campaign back home if he could prove that the Celts engaged in such barbaric practices. On the other hand, the Romans would kill people in gladiatorial games, for the entertainment of the people. The Druids, if they did sacrifice people, could claim religious sanction. The archaeological record is ambiguous if such sacrifice was
judicial or ceremonial, or even if it occurred at all. Does the above seem contradictory? That’s because the record, what there is of it, is also contradictory. Rest assured that modern Druids do not sacrifice people or animals. We do sometimes sacrifice plants. 🙂 ~INDEX~

Q: Do all Druids hug trees?

A: They should. Druids recognize that all living creatures have spirits, including trees. The Druids held trees in high regard. Touching the tree (hugging it) 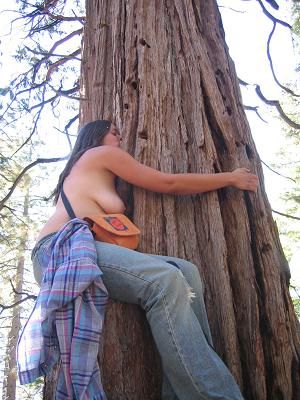 allowed the Druid to commune with the spirit within that tree. ~INDEX~

A: Only if they want to. Not all Druids use Magick, but yes some do. Magick is really no different than prayer. Both can be used to accomplish the same ends. ~INDEX~

Q: What holidays do Druids celebrate? 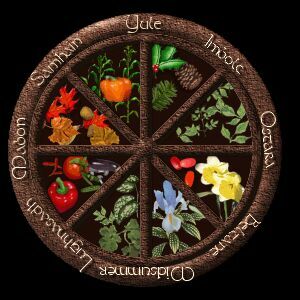 Q: What Gods did the Druids worship? 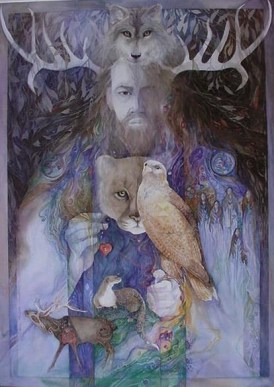 * A: This depends on the nation you look at. Ireland had different
gods than Wales, who had further different gods than Gaul. Another point to consider is not only were gods known by different names, but many of the names were deemed too holy to pronounce aloud. (thus the common oath: “I swear by the god my tribe swears by”.) Here is a brief, by no means authoritative, list of deities.

Ireland: The Tuatha de Danann (Tribe of the Goddess Danu) was the name of the pantheon, for the Sidhe (faeries) were 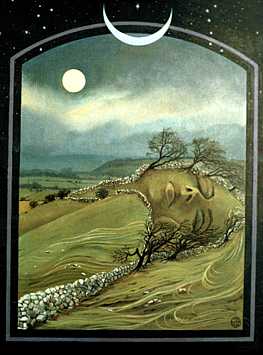 descended
from Her. Some names you may recognize: Lugh of the Long Handed, Son of the Sun. Dagda the Good (good not by his moral disposition but by the diversity of his skills) Morrigu, Babd, and Macha (a triple goddess of War.) Brigid (a triple goddess of Fire, Poetry, and the Forge) Diancecht, god of healing Manannan mac Lir, god of the sea and master of magic

Gaul: Gaulish deities are the focus of Caesar’s records. He drew analogies between his own Roman gods and those he discovered in Gaul. Herne the Hunter Taranus, Teutates Esus, Hu’Hesu, the Dying God Cernunnos, Master of the Wild Hunt, or the Animal Lord/Green Man, Epona, The Horse Goddess. Not all modern Druids worship the gods by name.