“Ye shall observe always the festival of Samhain, for it is the beginning of the period of Gelmredh, and also of the year. This day shall ye celebrate by the lighting of great fires, for soon is the land to become cold in the time of apparent death.” – DC(R) The Book of the Law, 4:2

Samhain (SÙ-un), (orSOW-en), known in Modern Irish as L·Samhna (Laa SÙu-Nu), in Welsh as Nos Galan Gaeaf (that is the night of the Winter Calends), in Manx as Laa Houney (Hollantide Day), Sauin or Souney; is, of course, the eve of “All Saint’s Day”, All Hallow’s Evening or Halloween. Among other things, it is the beginning of the Winter Half of the Year (the seasons of Geimredh & Earrach) and is known as ”the Day Between Years.” The day before Samhain is the last day of the old year and the day after Samhain is the first day of the new year, though for clarity’s sake, most New Reformed Druids assign each 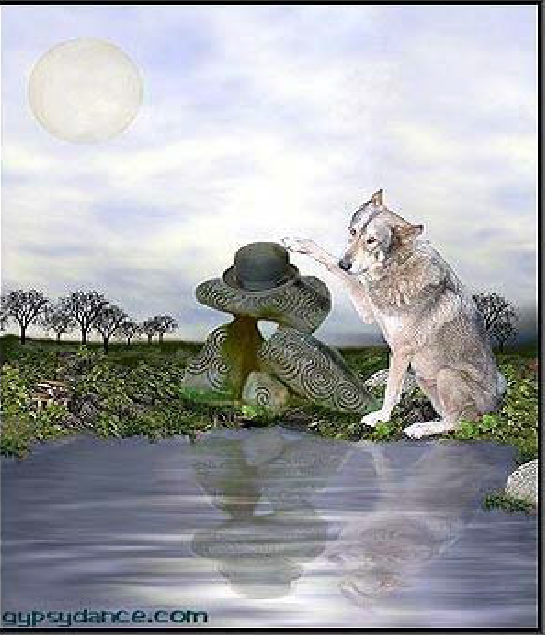 Samhain to the year following it. Being a day “between years,” it is considered a very magical night, when the dead walk among the living and the veils between past, present and future may be lifted in prophecy and divination. Samhain basically means “summer’s end” and many important mythological events occurred on that day. It was on a Samhain that the Nemedians captured the terrible Tower of Glass built by the evil Formorians; that the Tuatha De Danann later defeated the Formors once and for all; that Pwyll won his wife Rhiannon from Gwawl; and that many other events of a dramatic or prophetic nature occurred (see ARDA, Later Chronicles, Chapter 5, Verses 11-14). Many of these events had to do with the temporary victory of the forces of the darkness over those of light, signaling the beginning of the cold and dark half of the year.
Shapeshifting was also quite a common occurrence when the veil between the worlds was thin – this would be an excellent time to really get in touch with your “totem animal” – either by doing a ritual to “become” the animal, or to find your animal guide in the Otherworld Realm…

Xianity calls this holiday Halloween, but other than the change in name, this 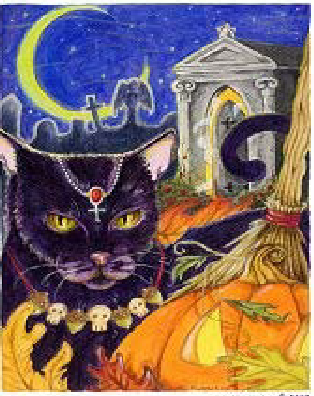 holiday as it is celebrated by most Americans pretty much has remained unchanged from its Pagan past. This is why it is now being targeted by Fundamentalist Christians who want to eradicate it from our schools.
The usual Halloween trappings are appropriate, and a traditional jack-o-lantern is a must! We usually encourage Druids to show up in costume. It is both a somber and a fun occasion. Have you ever been to an Irish wake? This is the tone of Samhain.

As the Celtic New Year, it is the time when the veil separating the worlds of men and of the Tuetha de Dannan is at its thinnest, allowing the spirits of the 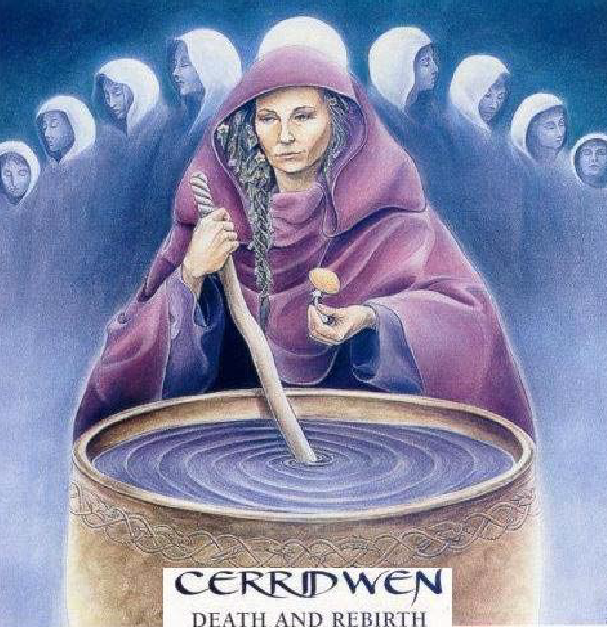 dead, the faery folk, devas, etc., to pass back and forth with little effort.
Samhain also marks the beginning of the season of the “Crone”, or wise woman, aspect of the triple-Goddess. She rules over divination and provides guidance and inspiration during the dark Winter season. Her most common form is Ceridwen – the Goddess of Inspiration and Rebirth. This is an optimal time for tarot readings, scrying (using a black mirror, crystal ball, bowl of water, or fire from candle or fireplace) – where you can ask for clarification and direction for the next steps on your path or for what the new year will bring – and be sure to write down your results in a journal, and meditate upon the guidance you receive -looking for shades of hidden meaning. You might also look into dream interpretation, for as the veil is thin this time of year, you are likely to receive messages and guidance in your dreams.

On Samhain we remember our dead, especially those who have passed on in the past year. We invite them to partake of our circles and of water. An especially appropriate rite is the Dumb Supper, wherein the participants take a meal together in silence, leaving an empty seat at the table for a departed loved one or ones. It’s a good time to reflect on the past and on the future, and for planning the year to come.

Gwyn Ap Nudd
The white son of darkness, at Samhain in his antler head dress he leads the wild hunt out from Yynis Whittrin the Isle of Glass, better known as Glastonbury Tor. With his red, black and white hounds and his hooded riders Gwyn as Lord of war and death gathers the souls of the dead, leading them 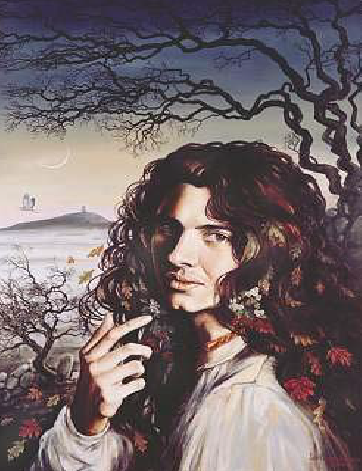 through the underworld to rest and rebirth. A powerful perhaps frightening image.
There are however many aspects to this complex deity. His role as Lord of death is a crucial part of the sacred cycle.
Gwyn has many other faces – he is a Lord of the forests, a being of great knowledge and wisdom – he has great
concern over the fate of the earth.
Gwyn is the lover of Creudlad, and he is
Lord of the Tylwyth Teg [Welsh Faeries]. He beckons you where the veil is thinnest to follow him into another place.