“…So also shall ye make merry on the day of Oimelc,
which is the first day of the period of Earrach;”
– DC(R) The Book of the Law, 4:3

Imbolc (or Oimelc, or imelc), is known in Modern Irish as L· na FÈile BrÌde (Laa Nu fÈ-li bree-di), in Manx as Laa‘n Arragh (Day of Spring), and as Imbolc, Candlemas and Lady of Saint Bridget. Brighid, Bride or Bridget is yet another Pagan deity turned by the Christians into a saint, in order to co-opt Her worship. This goddess was a triple-aspected deity of Poetry, Healing and
Smithcraft, whose followers kept an eternal flame burning in Her honor. Imbolc is also the “traditional” time in many pagan religions of “Initiation” into the 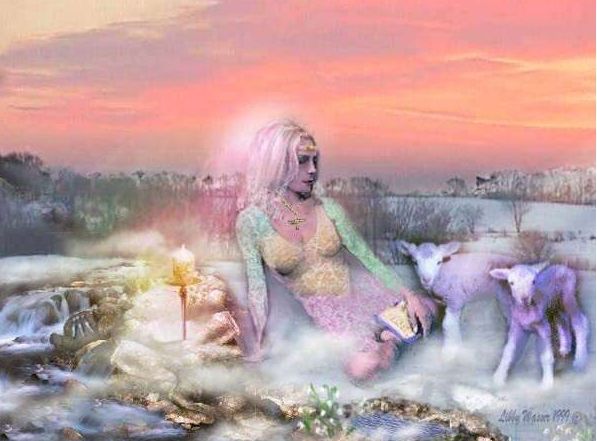 mysteries – so many groves and covens initiate new members in a very formal way at this time, probably because of the growing intensity of the Earth energies and rebirth/new beginnings energy of the season.

By analogy with the Gaelic names of the other High Days, we may assume that the holiday was originally called L· hOimelc (Laa Hi-melc). It is the festival of the lactation of the ewes. In Paleopagan days (and, indeed, until the recent 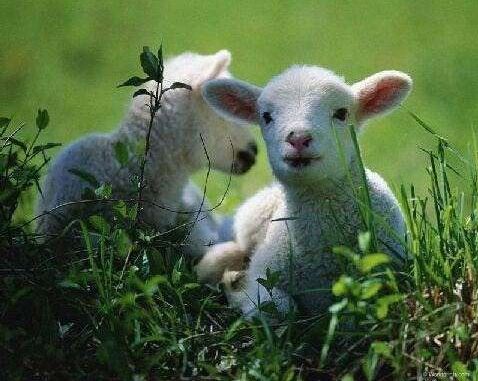 past) the sheep was a very important animal, providing both food and clothing. The occasion of the birth of lambs (not to mention kids and calves) was a cause for rejoicing and a sign of life in the dead world of a Northern winter. The name Candlemas is a Christian term for a holiday occurring February 1st or 2nd. This supposedly is in honor of a Saint Blaise and has no official connection with Saint Bridget and Her cult of fire, nor with the fact that this
day was one of the four major fire festivals of Paleopagan cultures throughout Western and Northern Europe. Of course they don‘t mention a certain Slavic god named Vlaise, who was the Patron of cattle, wealth and war, and Who was worshipped with fire. Catholics go to church on this day to have their throats blessed to keep them from getting infected with colds and flues.

BRIGHID
by Cerris
Her face is full,
she is dressed,
Dressed in splendour.
A ripple spreads,
her face undulates Broken,
Broken into infinite pieces
Through that infinity
I am taken.
The mists surrounding my pathway 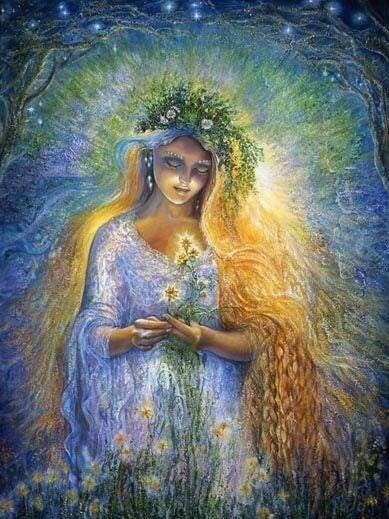 Clear, lucid.
I follow, winding.
Deosil, deosil
The peak is shrouded
But I know
I know she waits
I pass the fire,
the rebirth
The joy
She is waiting
Arms extended,
grace of growth
Dreams alive
Memories of child,
memories of youth
Bringing them to her bosom
For rebirth
For my life path
An offering I give
Enveloped, entranced
Womb-like waters
Flowing, creating, being
Vision ended,
The Druid Path 18 – Page 102
beauty untold
A glance up,
she is hidden.
Clouds hang like a shroud Over her face
Hiding her beauty
But I know I know she is there

More Background on Brighid
Brighid is a deity who can be seen in many different cultures. She is believed to have been Brigantia in England, Bride in Scotland, and Brigandu in Wales and France. She is thought to be the same goddess who was worshipped at Bath in ancient Britain as well as the patroness of countless springs and wells in Ireland. The Romans were quick to identify in Brighid their own favoured goddess Minerva, or Pallas Athene, the maiden aspect of Athena. Brighid was born in the instant between night and day and as she rose with the sun, a beam offlame was said to have sprung from her forehead. It is this legend that
hints that perhaps she was once considered to be a sun deity. That she was born on a threshold is a very import aspect of the legend. The ancient Celts were fascinated by in-between places such as  shores, the instant of sunrise, the instant season change, doorways, and other places that lay  instantaneously between two places while being in neither. She began as a
triplicity of sisters, not unusual to Celtic lore. She is the Daughter of Dagda, “The Good God”, and the Morrighan and sister to Ogma, a Sun God and the Creator of the Ogham. She was married to Bres of the Fomorians, who had a brief and tragic stint as the king of the Tuatha. Together, the two produced three sons – Brian (Ruadan), (who was slain by the goldsmith Govannon), Iuchar and Uar – and Brian’s actions in The Battle of Moytura figure largely in Her evolution to a Goddess of Peace and Unity. Brighid is the traditional patroness of healing, poetry and smithcraft, which are all practical and inspired wisdom. As a solar deity, Her attributes are light, inspiration and all skills associated with fire. Although She might not be identified with the physical Sun, She is
certainly the benefactress of inner healing and vital energy. Her connections to healing connect her to waters, as does her cauldron of inspiration. It is for this reason that Celtic countries, particularly Ireland, are filled with springs and wells baring the name of Brighid. Offerings to Brighid, such as coins or rings, were cast into these wells (leading to the modern tradition of making a wish and casting a penny into a fountain) to bring luck and the lady’s blessing. 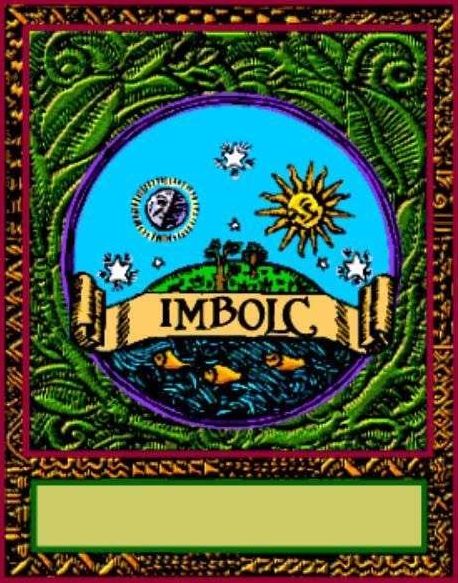 One popular tale of Brigid’s springs and her healing powers involves two lepers who came to one of her sacred wells to be cured. The goddess met the men and instructed that one was to bathe his companion until the other’s skin healed at which point they would switch tasks. The first leper then bathed his companion until his friend’s skin grew well again. However, the second leper was now repulsed by the disease that he had just been cured of and refused to touch his companion to bathe him. At this point, the goddess struck the man again with leprosy and cured his companion. Also long known as The Mistress of the Mantle, She represents the sister or virgin aspect of the Great Goddess. The deities of the Celtic pantheon have never been abstraction or fictions but
remain inseparable from daily life. The fires of inspiration, as demonstrated in poetry, and the fires of the home and the forge are seen as identical. There is no separation between the inner and the outer worlds. The tenacity with which the traditions surrounding Brighid have survived, even the saint as the thinly disguised Goddess, clearly indicates Her importance. She possesses an unusual status as a Sun Goddess Who hangs Her Cloak upon the rays of the Sun and Whose dwelling-place radiates light as if on fire. Brighid took over the Cult of the Ewes formerly held by the Goddess Lassar, who also is a Sun Goddess and Who made the transition, in the Isles, from Goddess to saint. In this way Brighid’s connection to Imbolc is completed, as the worship of Lassar diminished, only to be revived later in Christian sainthood. Because of her many associations and attributes, numerous links with other goddesses
in the IRISH mythologies can be drawn with Brighid. Some even see her appearance in Arthurian legend. There, as the celestial ocean goddess of smithy, she, as Lady of the Lake, forges and gives, then takes back the sword Excalibur from Arthur. Finally, as he lay dying, she, like a Norse Valkyrie, takes him to Avalon, the ‘land of eternal youth’where he will live forever. 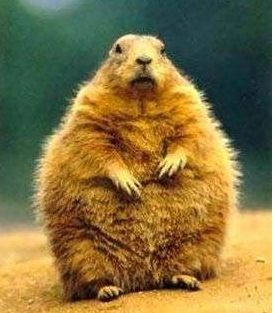 L· hOimelc begins the spring season of Earrach. It is also the day before Groundhog‘s Day. The lore has it that the ground hog comes out of his hole on this day and if he sees his shadow, he gets scared and retreats back in and we
therefore will have six more weeks of winter. If however, he does not see his shadow he stays out and it’ll only be six weeks before spring begins. Now it happens that the Vernal Equinox is about six weeks away, so it becomes a matter of “is the glass half empty or half full?