“…then there are those who believe that time is a river, which if that is
true than it’s possible that your moment has already flowed by.”
~~One-Who-Waits

“Of great importance is the festival of Beltane, which is at the
beginning of Samradh. Then shall ye observer great ceremony; and
with the kindling of large fires on the hilltops, and the glorification of
the renewed tree shall ye celebrate the renewed life.”
– DC(R) The Book of the Law, 4:5

It’s May, it’s May,
the lusty month of May,
That lovely month when
everyone goes blissfully astray.
It’s here, it’s here,
that shocking time of year, 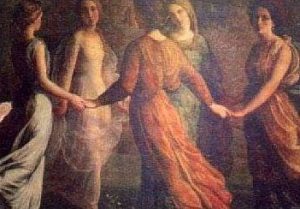 When tons of little wicked
thoughts merrily appear.
It’s May, It’s May, that gorgeous holiday,
When every maiden letches for fun,
wholesome or un.
It’s mad! It’s gay,
depraved in every way.
Those dreary vows that
everyone takes,
everyone breaks,
everyone makes divine
mistakes.
The lusty month of May.
~~From the musical, “Camelot”

Beltane celebrates the midpoint between the Vernal Equinox and the Summer Solstice. Beltane (bauL-Ti-Ni, or bauL-Hi-Ni), known in Modern Irish as L· Bealtaine (Laa bauL-Hi-ni, or Laa baul-Ti-ni), in Welsh as Calan-Mai (calends
of May), in Scottish Gaelic as Baltiunn, and in Manx as Shenn da Boaddyn, La Boaldyn, or Laa‘nTourey (Day of Summer; is, of course, the day we know in English as May Day. It is also called by a variety of other names, such as
Roodmas, Summer Day, Walpurgistag, St. Pierre‘s Day, Red Square Day, etc. It is the beginning of the Summer Half of the Year (the  seasons of Samradh; 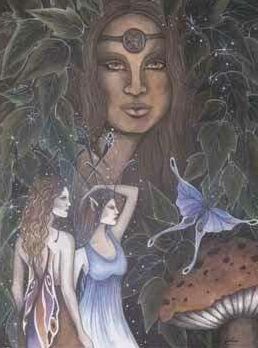 Foghamhar) and is a festival of unalloyed joy.

A very large number of important mythological events are connected with this day. It was on a Beltane that Partholan and his followers, the first inhabitants and partial  creators of Ireland, landed on that isle. Three hundred years later, on the same day, they returned to the Other World. It was on a Beltane that the Tuatha De Danann and their people invaded Ireland. It was on a May Eve that Pryderi, the missing son of Rhiannon and Pwyll (Rulers of the Welsh Otherworld) was lost by them and later (on another May Eve) was found by Teirnyon Twryf Vliant (and eventually restored to Them). On every first day of May ―till the day of doom, Gwyn-son-of-Nudd fights with Gwyrthur-son-of Greidawl, for the hand of Lludd‘s (Lugh‘s) fair daughter, Creudylad. Most of these events, again, as all over Europe, have to do with stories of the forces of light defeating the forces of darkness.

Why did you think the Marxists chose May Day as their international Holiday? And can you guess why Adam Weishaupt chose Walpurgistag as the day to announce the founding of the Bavarian Iluuminati, and why the date at which the forces of evil later tired to Imannetize the Eschaton?

The focus is on fertility and the planting of crops. This is a more intense holiday than Oestara. The rites include as many people as are available making love in the fields, in the gardens, on hilltops etc. Traditionally, marriage vows are
suspended. Everyone is encouraged to share and grow closer with as many different partners as possible. The “Balefire” is lit on the hilltops and in 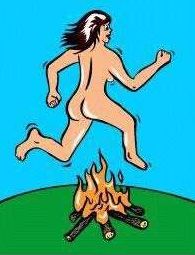 ceremonial groves, and couples jump the bale fire in order to insure their own fertility. During the day, the May pole is erected, and the traditional dance is performed around it. The May pole is a symbolic penis decorated with multicolored ribbons and topped with a wreath. I found it amusing (living as I did in Santa Cruz, CA) that some of the local Dianic Wiccans always hold public rites involving the May Pole. These are women who believe that men are inherently evil, that there is only a Goddess, and that real spirituality are the sole dominion of women (or “wymen” as some like to put it) yet here they are on the front cover of the local paper dancing around a symbolic penis!

May Day is also sacred to the Goddess. The Catholic Church makes it the day for the crowning of the May Queen, Mary, and her statue is decorated and paraded around by school children, who also usually build home “May altars” in her honor. More explicitly Pagan rites involving Mary can be found in many Latin American countries as well. 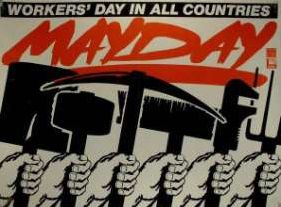 May Day is also “International Workers Day.” This socialist holiday is celebrated everywhere in the world except in the United States (we do the first Monday of September and call it Labor Day — this was to divorce it from its socialist origins). Is there a connection between Labor and Beltane?
Perhaps blue collar people are more into fertility (and therefore production) than the bourgeois. It’s something else I am researching.

In Ireland up to fifty years ago, the very devout Catholics there still were lighting the bale fires, and making love in the fields (marriage vows having been suspended for the day). Children born of such unions were referred to as “fairy children,” and treated as special gifts from the fairy folk. The prefix “Fitz” was once given to children born of Beltane unions, hence the proliferation in Ireland of “Fitzgeralds,” “Fitzsimmons,” etc. For every ―”sinful” tradition, there has to be a cover up, so today some Irish say the ―Fitz prefix actually refers to those of Norman origin who immigrated to Ireland. In fact, it is the ―O‘
prefix (as in ―O‘Connor, O‘Flarherty, ―O‘Hara etc.,) that refers to Norman heritage, not the ―Fitz.

Unite and unite, and let us all unite
For summer is a-comin’ today
And whither we are going we all will unite
In the merry morning of May!
–Padstow May Day Song 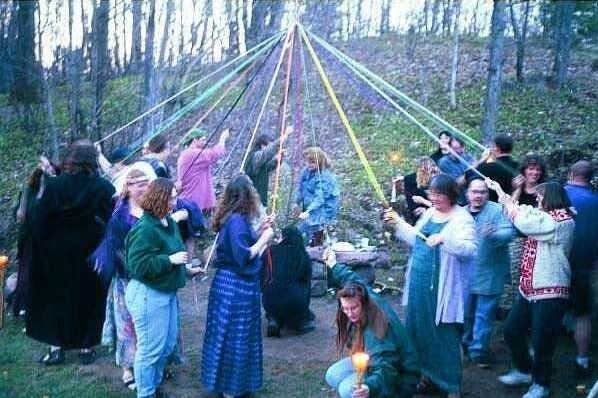